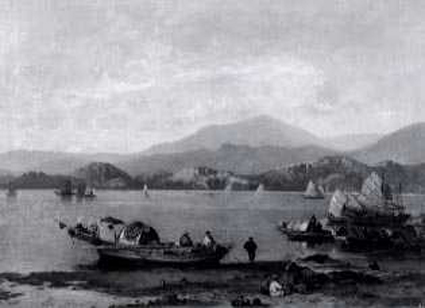 Winckworth Allan Gay was a painter primarily known for his landscapes. Over the course of his life, he would become a world traveler, painting landscapes in Egypt, Europe and Japan. He lived and worked in Japan for four years, becoming among the first American artists to live in the country.

His work is associated with the Barbizon style of painting. Developed in France, Gay became familiar with the style while studying in Paris. Winckworth Allan Gay, in fact, was one of the first American painters to study in France and it had a tremendous influence upon his work.

His landscapes are often expansive, having the characteristic softness of the Barbizon School's use of Tonalism with a sense of size and majesty associated with the Hudson River school. He studied with Robert W. Weir in New York in the early 1800's and had started his career by the 1840's, working in the Boston area. His first portrait of which the world is aware was produced in Boston. His work and life, however, would encompass many lands.

In addition to painting his famous landscapes from exotic locations in Europe and the Orient, he produced work depicting the vistas of the northeastern United States.